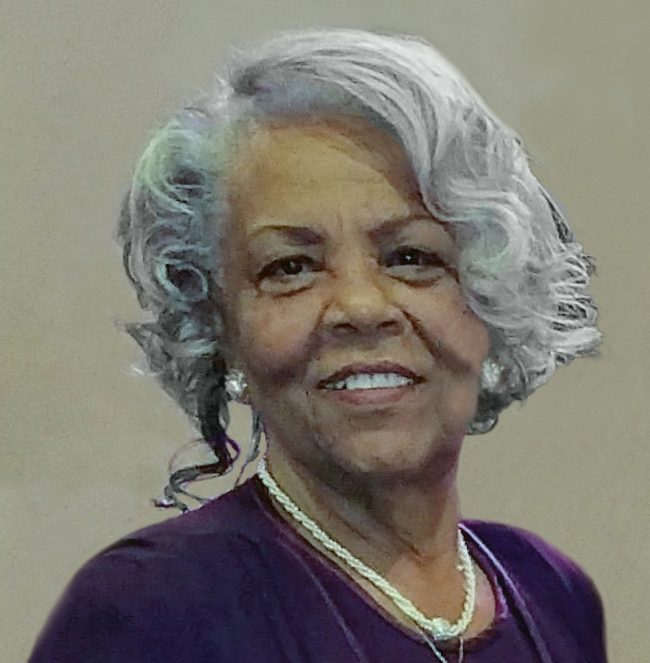 STREAMING THE CELEBRATION OF LIFE FOR MS. JACQUELYN ROUNTREE MIXON

Hello everyone. My name is Phil and I will be handling the production for Ms. Mixon. Here is the link for the service for Ms. Jacquelyn Rountree  Mixon. The video is set for Saturday, March 19th at 11:45. The service will start at 12pm.
https://youtu.be/pAY9wQgMGPE
Also, After the service, the recorded video will be in this google drive folder below. So check the folder shortly afterward if you would like to download the video in full
https://drive.google.com/drive/folders/1KJWZlgbdsRL06uWh7V3jjKUWgksLLcr3?usp=sharing

On September 20th 1938 was born a precious baby girl to proud parents, Mr. Herbert Bradshaw and Eloise Bowden Bradshaw. Also born to this union was another precious baby girl, Jacquelyn’s younger sister who is known today as Mrs. Phyllis Bradshaw Leonard. They grew up together being raised by their father, mother, grandmothers, Claudia Bradshaw, Lena Bowden and other loving family members. Jacquelyn and Phyllis were very close as sisters and always had love for each other, a love that could never be broken. As Jacquelyn grew she had a strong drive to achieve and a passionate desire of being the best in everything she attempted to do, even at a young age. Jacquelyn attended Jones High School where She received a first place trophy in swimming and in diving in 1956. She also attended Texas College, Bethune-Cookman College and UCF.  She was the first chair trumpet player at Jones High School and at Bethune-Cookman College. She received her Bachelor’s Degree in music at Bethune-Cookman College and at UCF she received her Master’s in education.

In June of 1957 she married Mr. Rudolph V. Rountree and had 4 children: Chere’, Priscilla, Stephanie and Rudolph Rountree II. She established a music program at Carver Junior High and taught second grade at Webster Elementary and Aloma Elementary. In her 30’s she found out that her biological dad was Daniel Chappie James Junior an American Tuskegee Airmen, the first black four star general.

Many years later she became a member of the Bible School IDMR and later married the State Dean Dr. Edward Mixon. After his Death, Jacquelyn was appointed as IDMR Florida State Dean. She and her traveling friend Catherine Mayer visited all the schools In Florida and schools in other states. She preached to many people, counseled them and was used by the Heavenly Yahweh Elohim thru his son Yahshua the Messiah to even heal some people.

Many years went by and on March 11, 2022 the father Yahweh thru Yahshua called Jacquelyn home. Where she is now, in Eternal Peace, Joy and Happiness with all the Righteous Angels.

And as Dr. Jacquelyn Bradshaw Rountree Mixon would always say: All Honor and Praise goes to our Heavenly Father Yahweh Elohim thru Yahshua the Messiah. HALLELUYAH !!!!

Also her Grandchildren: Gabrielle, Benjamin, Sarah, Steven, Daniel, Brian and a Host of great grandchildren and other family members.