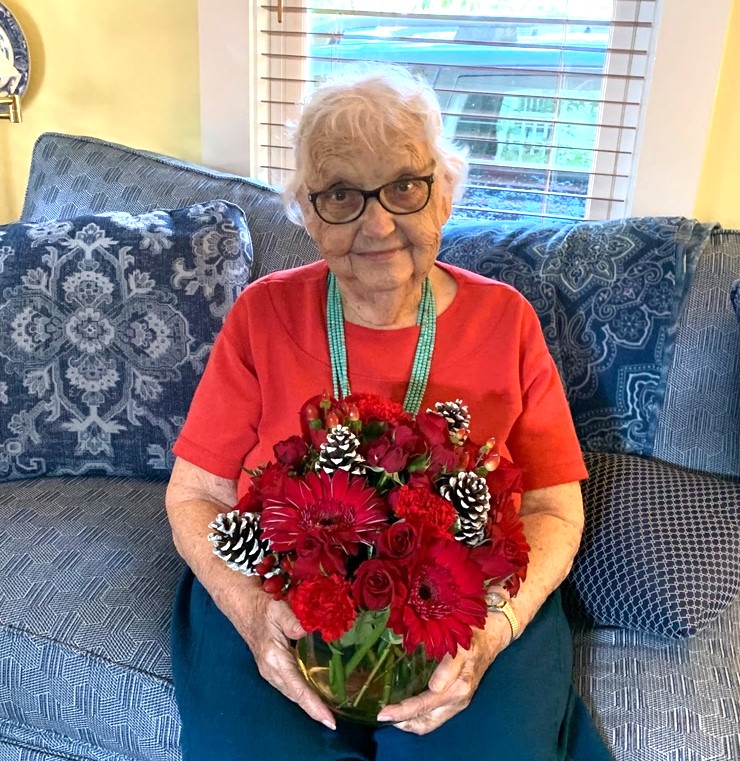 Mary Marie Boyd (formerly Homrich), age 91, passed away peacefully in her sleep at her home in Winter Park, Florida, on January 3, 2022.

Mary was born August 29, 1930 in Detroit, Michigan, to George Henry Boyd and Elvira “Dolly” Vincenty Boyd. She grew up in Royal Oak, Michigan, and graduated from Michigan State College (now MSU) in 1952 with a Bachelor’s degree in History. At MSC she was inducted into the Tower Guard, an honorary sorority. Her love for history would be the fuel for her ferocious reading and lifelong activism in issues of racial disparity, policy making, politics, environmental concerns, and American history.

She found a beautiful balance between Christianity and Buddhism which became the guiding light for her compassionate heart. She strongly believed in fighting for the rights of underrepresented groups, children, and social awareness, which was evident through her work with the League of Women Voters (Palm Beach County, Florida), Voter Registration drives, the Voices for Children campaign, and in creating safety for children during school integration, walking school halls in groups of inter-racial parents as a show of solidarity. An early antiwar activist, Mary organized a Mother’s Day Peace Vigil in 1971 on the lawn of the Boca Raton City Hall to protest the war in Vietnam. She was also an ardent supporter of environmental change, one of the many causes for which she was politically active up until her passing. Mary’s commitment to charitable giving spanned decades and left a lasting impression on her children and grandchildren to continue her giving legacy.

Although Mary was very busy raising seven children, she occasionally taught at Saint Joan of Arc School and Boca Raton Community High School, and was an aide at Addison Mizner Elementary in Boca Raton, Florida. She loved books and education and read on a wide range of topics, collecting books on Black history along with children’s books reflecting diversity. She was very involved with Friends of the Library while living in Boca Raton.

Mary loved to travel and had the pleasure of not only traveling with her children but also her grandchildren. Whether it was to view a beautiful exhibit at an art museum in Chicago this past summer, learn at a historical site, or even just to see the scenery of another city or country, her deep knowledge and vast interests made these excursions an educational experience for anyone joining her. When the family was young, camping across the country in state and national parks, stopping at historical locations, and learning about the lives or living experiences of other cultures were part of the standard family vacation—all educational, enlightening, and fun.

Mary’s ashes will be interred alongside her parents and sisters at the Oakview Cemetery in Royal Oak, Michigan.

Arrangements will be made through Golden’s Funeral Home in Winter Park, Florida:
https://www.funeralhomeorlando.net