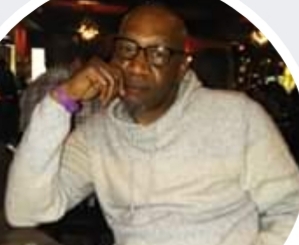 Edward was the only child born into that union.  He has one sister Jacclyn “Jacky” Miller and two brothers: Rodney Spencer and Macellus Wells.

In 1970 to present Edward resided in Eatonville, Fl. with his mother and grandparents, the late Theodore Cason and Ophelia Cason.  He graduated from Wymore Secondary High School in 1989.  He later obtained his Class A-CDL License from Roadmaster  Truck Driving School, proceeded by employment at Granite Inliner as a Driver.

Edward married Kenya Jones in 2010 and 4 children came from their union.  Edward was a family man who loved his children dearly.  He was known as the loudest dad on the sidelines cheering on his sons at football and basketball games.  He could have been a NIKE spokesperson  for Air Max tennis shoes, as he owned nothing but that brand.

Edward also loved his hometown often referred to as “1887” Eatonville.  He had a lot of friends and associates; many to whom he gave nicknames: Dollarbill, Buffalo, Speedtalker, Nik, among a lot of other unique name.

Edward also had a famous saying, “YEA YEA” which he yelled as his greetings to neighbors and friends when they rode by his street, Wigman Drive.

He leaves his famous smile in our memories that lit up a room and a heart of gold….EDWARD YOU WILL BE DEARLY MISSED!