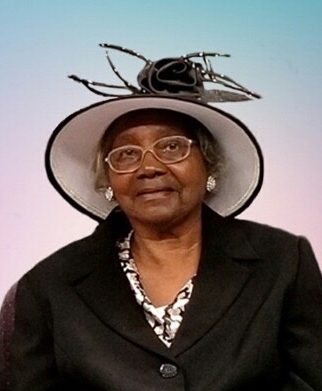 The Funeral Service will take place Saturday Morning, September 14, 2019 at 11:00 am at Mission Road Church of God in Christ, Bishop Larry E. Perkins, Pastor, 151 Mission Rd, Oviedo, Florida 32765
Mother Ollie Bell Davis, loving mother, grandmother, sister, aunt and follower of Christ, in her 92nd Season of Life transitioned to eternal rest early Monday morning on September 2, 2019, at her home.
Mother Davis was born in Oviedo, Fl., April 4, 1927, to the late Johnny and Janie Bell.  She was raised and grew up in Oviedo Fl. and attended Seminole County Public Schools.  She was married to the late Oscar L. Davis in October 1944.  To this union, 7 children were born.
She did domestic work for a while but, later was hired by Winter Park Memorial Hospital in the foodservice department where she became the Supervisor and served for more than 35 years until retirement.
Mother Davis accepted Christ at the age of 12 and from that time until God called her home, she diligently served the Lord and worked for the upbuilding of his kingdom.  She was an ardent worker for the Lord and has faithfully served and been a member of Mission Road Church of God in Christ ever since then.  She has worked in every capacity you can think of.  As one of the pillars of the church, she has been an inspiration to many.
Mother Davis was preceded in death by her husband, Oscar L. Davis; her parents, Johnny and Janie Bell; her brother, Theodore G. Bell; her sister, Elizabeth B. Izzard; her daughter, Elizabeth D. Sneed; and sons-in-law, Orian L. Boston and Ernest King.
She leaves in God’s care and to carry on her legacy of love; her sister, Lillie R. Hall, Lakeland, Fl. and sister-in-law, Maudie Granville Rochester, NY; her sons: Arthur B. Davis (Rose), Simi Valley, CA., Adolphus Davis, Sr. (Perlee), Horace Davis and son-in-law, Jack Sneed all of Oviedo, FL.; her daughters: Janice Loretta Boston, Lorene King, Jenette McKinney (Danny) all of Oviedo, FL. and just like a daughter, Joetta Jackson (Johnny), Chesnee, SC.; 21 grandchildren, 40 great-grandchildren, 8 great-great-grandchildren, a host of nieces, nephews, cousins, church family and friends.