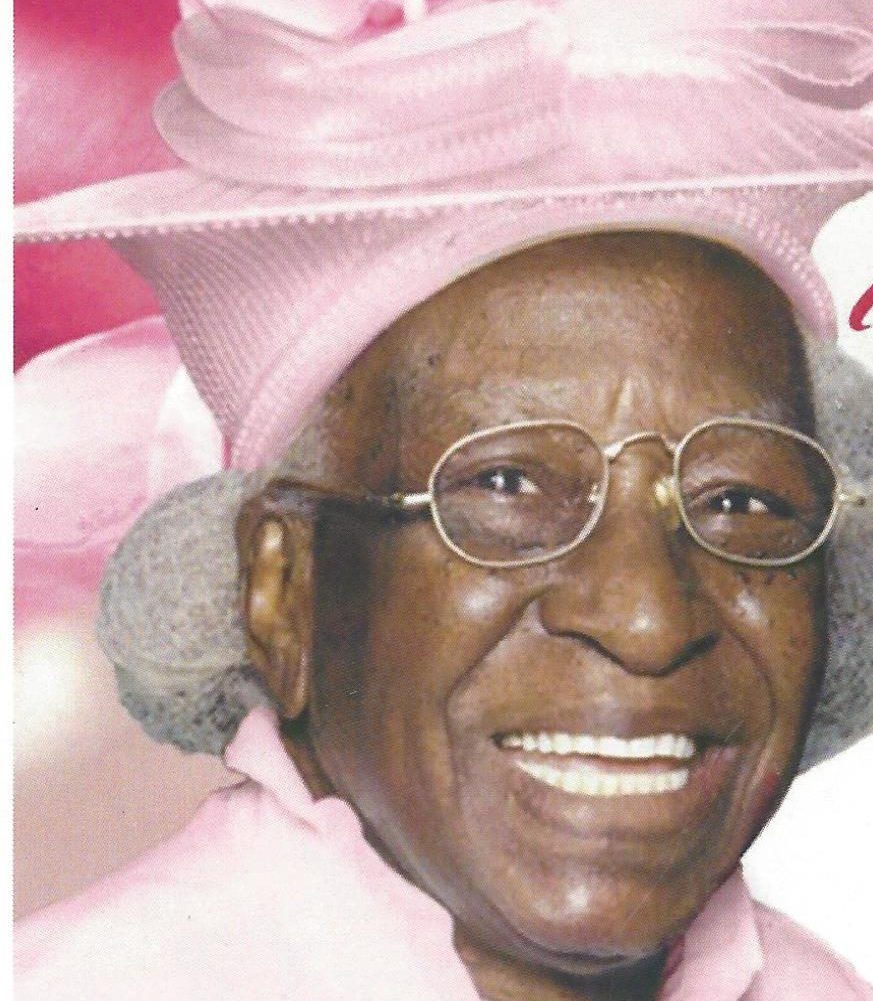 The Funeral Service will be held at Antioch M. B. Church, Rev. Charles Jones, Pastor  311 East Broadway Street, Oviedo, Florida 32765
Mother Mae Francis McAllister-Hird, loving mother,  grandmother transitioned to eternal rest early Monday, May 20, 2019, at 7:57 pm.  At the time of her death she was comforted by her loving granddaughter LaJuan Hird who cared for her during the past 3 years as her primary caretaker.
Mother Mae Francis Hird  was born in Oviedo, Florida  on  March 19, 1921, to the late Frank McAllister Sr. and Rosa McAllister.  She was the third of four children; her siblings all preceded her in death, Lillie Bell McAllister Wright, Alberta McAllister Williams and Frank McAllister.
Mother Hird was born and raised in the Church of God by Faith.  She served faithfully in the Church of God by Faith under the leadership of several pastors and finally serving under Pastor Alonzo Smith.  She served the church in the capacity of usher and became of the Church Mother.  As a church mother she was Godly example for young women to follow.  As her health began to fail she relocated to Jacksonville, Florida where she joined Believers House of Worship, where she served until her death.
Mother Mae Hird was married to Freddie Lee Hird Sr.  who preceded her in death.  She was the mother of four children, Barbara Lee Hird who preceded her in death.  Rosa Lee Thornton, Freddie (Teddy) Lee Hird Jr, Alonzo (Lonnie) Hird.
She was survived by 2 sons:  Freddie (Teddy) Lee Hird Jr (Mamie),  Lakes Wales, Florida.  Alonzo (Lonnie) Hird (Ruth), Jacksonville, Florida; daughter: Rosa Lee Thornton, Benson, NC.   23 grandchildren, a host of great-grandchildren and many nieces, nephews, cousins and sorrowing friends.