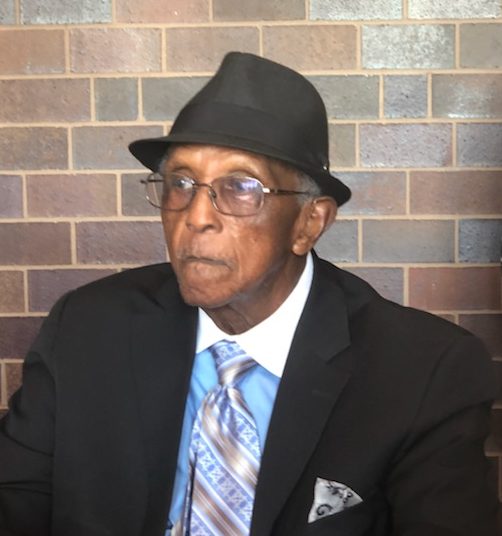 Alonzo Roberts was born in Winter Park, Florida, October 29, 1922 to John A. Roberts and Willie (Richardson) Roberts. He was educated in the Orange County school system and attended Winter Park Elementary and Jones High Schools.

He served three (3) years in the United States Army. Alonzo Roberts was inducted into the Army on February 7, 1943 at Camp Blanding in Jacksonville, FL. He attended six weeks of Basic Training at Camp Shelby in Mississippi. In his first assignment, Alonzo was a cook assigned to the Camp Shelby Hospital. He served there for approximately 1 year before transferring to the Quartermaster Supply Company whose primary purpose was to provide supplies to other military companies. Thereafter, Alonzo went through 6 weeks of field training before going overseas. He was shipped to the Guadalcanal where he was attached to the Marines for Malaria Control. Alonzo was eventually sent to Cebu, Philippines for 9 months where he continued working to combat Malaria. He was promoted to sergeant while in the Philippines. The bombing of Hiroshima and Nagasaki in 1945 signaled the end of the war. Sgt. Roberts received an Honorable Discharge on February 8, 1946.

After his military career ended Alonzo worked in many capacities. Those roles included working for a private family serving as a chauffeur, cook, yardman and house manager. He was also well known as a school bus driver for the Orange County School System. Most notably he was the co-owner and operator of The Deluxe Barber Shop in Historic Hannibal Square where he served dutifully for over 65 years. Alonzo’s passion for barbering was instilled in him by his Uncle, Israel Richardson, Jr. Alonzo completed his apprenticeship under Richardson’s tutelage and credits his successful career to his uncles’ instruction and guidance.

Alonzo married Melinese S. Edwards on September 7, 1952. They were married for fifty nine years. They are the proud parents of Kevin Alonzo Roberts, a resident of Fern Park Florida and Mexcye Candis Roberts, an attorney residing in Winter Park, Florida.

Alonzo was a faithful member of Ward Chapel A.M.E. Church where he served as a member of the Male Chorus, Mass Choir and in the

Sons of Allen Ministry. God gave him the opportunity to sing in the church’s choir one last time before calling him home. He was an Emeritus Member of Ward Chapel’s Board of Trustees. Alonzo lived life to the fullest, grateful to Almighty God for the good things he enjoyed in life.